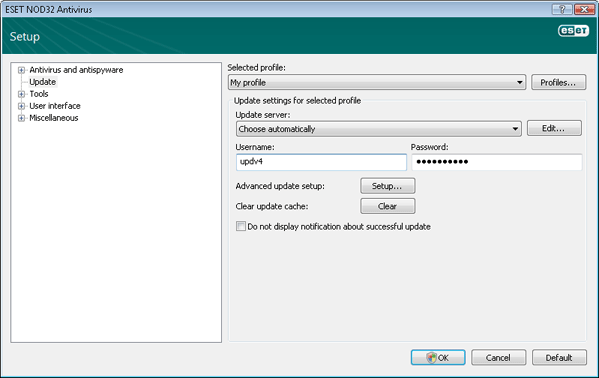 The list of currently existing update servers is accessible via the drop-down menu under Update server. To add a new update server, click Edit in the Update settings for selected profile section and then click on the Add button.

Authentication for update servers is granted by the User name and Password which were generated and sent to the user by ESET after purchase of the product license.